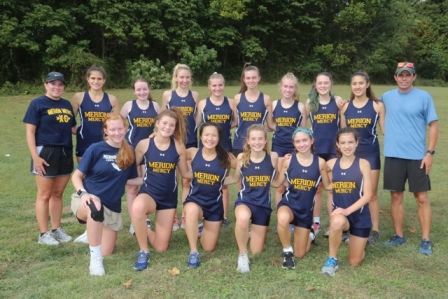 What a season for Cross Country! In Paul Short, an invitational in early October, Marianne Cheeley placed 21st among 343 varsity runners with a time of 19:52:80, which was the first time since 2013 that a Merion runner went sub-20 for 5K.  She also has won an award in every invitational the team ran this season. In the AACA Championships at Tyler State Park, varsity runners Marianne Cheeley brought home 9th, Claudia Campisciano placed 13th, and Mollie O'Dwyer and Isabelle Millan were in the top 35. MMA's JV team had an impressive showing too, with Morgan Doyle coming in 20th and Clare Quigley placing 22nd.

As a team, Cross Country placed 5th at AACA Champs.